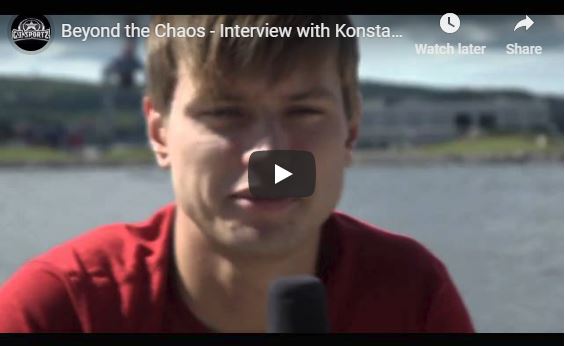 Fans and other paintball enthusists see the life of a pro paintball player as all glitz and glamour, however they dont know chaos that is behind the the player’s story. A better question would be, does the chaos end when the season ends? Most people only see one side of the player’s life, and not so much of the other side of the real world outside of paintball.  I have been fortunate enough to get the chance to see that side through three of the worlds best players.

What do you get when you take three top russian superstar players put them on a legendary European team, then transport them to a Cinderella story budding new pro team in the US?  You get the Russian wrecking crew of Konstantin Fedorov, Mishka Kniazev and Sergey Solnyshkov.  Over the past year I’ve gotten to know them a great deal.  In the past two years I’ve been friends with Fedorov I’ve come to know him quite well and we have become good friends. I’ve been to Russia and seen his life there as well as seen his life behind the pro paintball player status.  He is just as busy off the field as he is on it.

Just this year Mats and I have had more than 30 flights, 16 train trips and 10 ferry boat trips.  That is nothing compared to the travels that these three Russians have had this year.  Fedorov has had more than 70 flights this season!  That’s a lot of time in the air.  Due to the close scheduling with the PSP and Millennium events this season usually after an event they go home repack and travel to the next event on the other side of the world.  When the Disney event was over the three flew directly to Texas to prepare with Heat for the World Cup event.

Ok, so traveling around the world still may look like a rockstar’s life in the paintball world but think about the scheduling of events, flights, visas needed, what happens in the event of a cancellation or delay of a flight.  After the MAO event, Fedorov arrived home in Russia, but without his luggage.  Fortunatly it arrived a few days later.  When the three arent traveling during the season they are practicing 3 days a week in Moscow.  Mishka trains both youth and adult players twice a week and Sergey works.

So I’ve told you the short version of their lives during the season but what do they do in the off season?  Really not much different.  They dont have to travel as much, which is good for Mishka having a family and a new daughter that arrived in july only days before the crew headed to the US to prepare for the next PSP event.  He still trains individuals through the week, however team training for him is more relaxed during the off-season.  During the offseason they will help Art Chaos with the sponsorship requests  and preprations for the next season as well as running their own paintball store.

In the off season also brings training clinics.  Both Fedorov and Mishka have been doing a great deal of traveling just for clinics.  I mean who wouldnt want to learn new skills from one of these guys?  Fedorov has been working closely with us this year to create a new training DVD (sorry no spoilers here from me on the content :D) and has traveled to Sweden and Norway to be with us here to work on it.  In addition we have traveled to Moscow to work on it as well.  While in Russia with him we got to see the other side of his life outside paintball.  Hours stuck in Moscow traffic, practices, meetings and so much more.  For me it gave a better insight and admiration for his dedication to the sport we all love. As for Fedorov training in the off season, his reply is ”I do what I want when I want to”.  He spends time in South America as well as home in Russia (loves snowboarding) during the off-season. 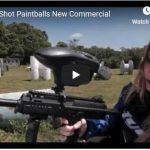 Lucky for us this year the season never ends.  Next month we begin our monthly travels to Russia to participate in the Arena Moscow Paintball Palace Iceball events and to spend the holidays with our Russian paintball family and friends.

Our offseason has been the past 5 weeks.  In that time we have finished up the 2012 season’s video and photographic work.  Delivering hundreds of photos as well as more than 200GB of raw film clips to our teams and customers.  It’s durning this time we send our equiptment in for routine maintance and cleaning (I get LOTS of questions from Nikon and Sigma about the strange contents of the paint thats in my camera and lens creases :D) We have also spent many hours working on new projects, the training DVD and of course making new partnerships for the 2013 season.  One other big project was the aqusition of Russian business visas for us to make life traveling to events in Russia much easier.  For me I still have my monthly issue of Paintball X3 Euro to create, interviews to conduct and products to review.  Keeping busy whether it be training or just watching paintball recaps, webcast feeds keeps ones mind always in the game and ready for the next play.