THE BEST GAME IN OCTOBER? 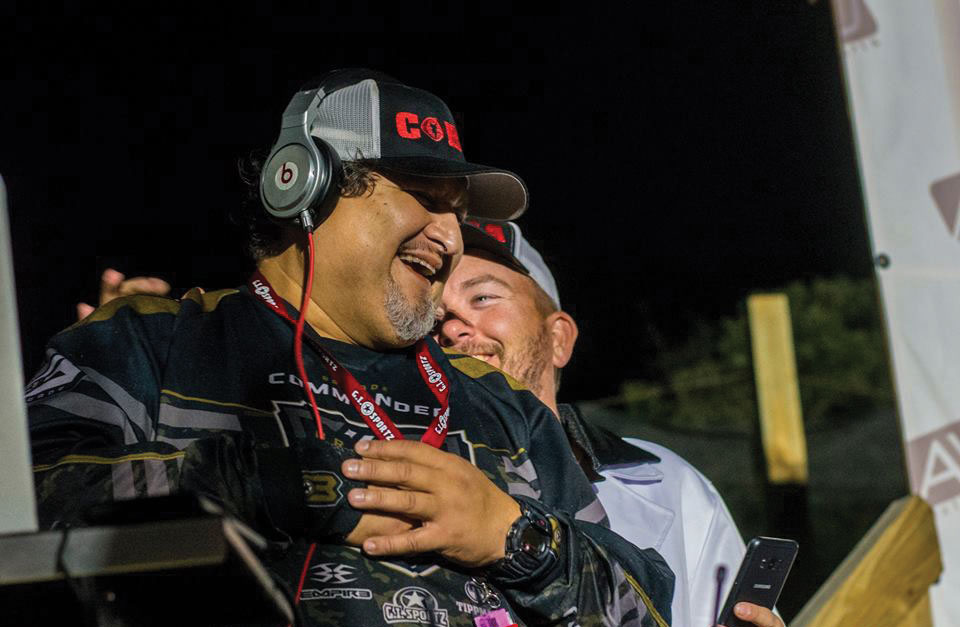 quick draw pistol battles, gamblers, stage coach tanks, outlaws, and of course Wyatt Earp are what you get when you combine Kerry “Viper” Rosenberry and Avid Extreme Sports Park. This Oklahoma game in its 5th year drew in over 500 players from all over the USA. Players flew in from Oregon, California, and Florida, and they drove in from 10 other states. This game has been growing every year and is now on many players’ radar as the game to play in October. The players have really gotten into the theme of the game and have fully embraced the different roles. Every player gets a unique player bio of somebody from the wild west and has the option to keep that persona year to year.

Friday evening kicked off with a rib-eye steak contest. Seven contestants were trying to take down resident grill master Sneaky Pete, who handles the cooking for the weekend. The rules were strict with specific grading and turn-in schedules combined with blind judging. The judge panel included several real chefs, and participants came from Oregon, Nebraska, Oklahoma and Texas. This was not a throw it on the BBQ and hope for the best kind of cooking. Methods included stick-fired grills, cowboy style (directly on the coals), as well as sous vide (hot water bath). Everybody competed in the same area and shared their test steaks with the other competitors as well as the spectators. The competition was fierce and a competitor’s late turn-in penalty gave Chris Elliot the win.

This game, as with all Viper events, starts exactly at 12 noon on the dot. Play continues until the evening stand down. Most Viper events include a night game, but Tombstone does not. The owners of Avid have long been promoters of what they call “the hang”. Saturday evening is for everybody from both sides to gather together, eat some awesome food, and then be entertained by a third-rate lip sync battle. Participants include the owners and players/teams from both sides, whose sole purpose is to embarrass themselves for the everybody’s enjoyment. Song choices this year included “Love me Sexy” by Jackie Moon, “Strokin” by Clarence Carter, and the winning performance was by the Backstreet Girls. A seriously cool gigantic wooden plaque for the winner gets passed down every year and includes its own Facebook page. It’s a really good time and is just part of what makes this game a little different from others.

The game play was awesome. The pistol quick draw fighters roamed around looking for people to challenge. The winner received a poker chip from the loser and handed that over to the commanders. They could decide to use it to buy supplies from the general store or risk it by turning it over to their gamblers. The battle shifted across the multiple built-up playing fields at Avid.

The game play was awesome. The pistol quick draw fighters roamed around looking for people to challenge. The winner received a poker chip from the loser and handed that over to the commanders. They could decide to use it to buy supplies from the general store or risk it by turning it over to their gamblers. The battle shifted across the multiple built-up playing fields at Avid. The owners have done a great job of continually expanding the playing area and adding new roads, trails, and bunkers to make the property more functional for bigger games. Viper said “The most amazing thing is the vibe the players have created. That’s 100% on them.” The vibe on and off the field is always competitive and very friendly at the same time. Players have commented that it’s more like a family reunion than a paintball game. One bonus at the game this year was a very complicated multiple-step mission that was given to Team Gorillaz 0811. This mission was worth more than points as Gorillaz 0811 member Esteban Tijerina engineered the mission with Viper’s help to propose marriage to fellow Gorillaz member Consuelo Rojas. She was very surprised, and the engagement was capped off with Esteban serenading Consuelo during the Lip Sync Battle later that night.

John Hubbard and Trey Garrison, owners of Avid, have really focused on the players’ experience and strive to interact with every player. They can be found at night making their way from camp to camp, checking on everybody and making sure they are having fun. The many moving parts of the game from Viper, the promoter; his staff; the reffs and field owners; and Sneaky Pete’s crew cooking up awesome food make for a phenomenal weekend. There is something to be said for a very well-run medium-sized (400 to 600 player) game. The scale might be smaller but often the whole experience is better. If you are looking for a great game in October, check out www.ViperPaintball.com or www.AvidExtremeSportsPark.com and come out to Oklahoma.